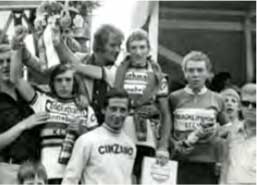 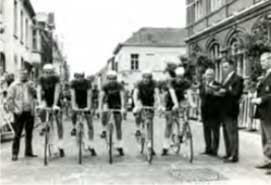 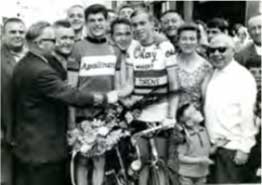 On September 3rd 1955 a fan club was created to support Jul Mertens, a local cyclist of the town of Kontich. It is the start of a cycling club which in 1963 counted already a large number of cyclists, one of them being the actual president, Mr. Van Moer.

The same year, the club, which took the name of “Steeds Vooraan“ starts to organize some races and in 1964, the club organizes its first “ Prix Saint MARTINUS “. This first competition is won by Gregoire Van Kuyk, who – two years later – died in a regrettable accident during a race.

A year later, in 1965, the Prix St. MARTINUS, becomes a tree days event “the Léon Van Gastel Cup“ with an interclub competition for junior cyclists. The first year, 11 clubs participate including the French “Bordeaux-Paris“ club along with some well known cyclists, as there are Jos De Schoenmaeker and Jos Huysmans.

The competition is growing every year and welcomes top level cyclists so that the race - as from 1991 – is given a place on the UCI calendar. For example, the competition welcomed in 1984 Hedwig van Hooydonk, later a two times winner of the famous Tour of Flanders.

Already in 1991 the following countries were participating: Germany, United Kingdom, Denmark, Finland, Ukraine, South Africa, Netherlands, Lithuania, Norway, Spain and the United States. Since then all this countries have regularly participated ( some even up to five times ) in the Prix St. MARTINUS.

Since 2001, the PRIX SAINT MARTINUS has become a 4 days competition, the only one of its kind in Belgium and with a guaranteed participation of minimum 20 teams.

The race is strongly supported by the local authorities of the town of Kontich, which may be considered as the city by excellence to support cycling for youngsters in Flanders. This efforts are strengthened by those of the Royal Cycling Club “STEEDS VOORAAN“, its president, Mr. Van Moer, the sponsors and all the volunteers.

We sincerely hope to contribute during many year to come to the promotion of cycling. 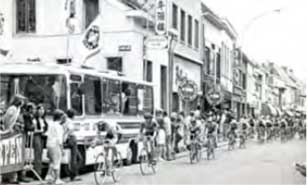 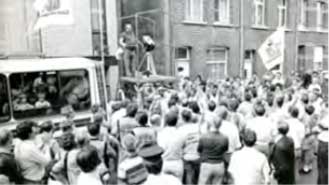 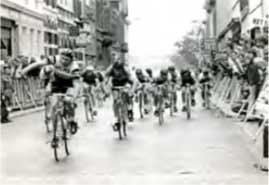